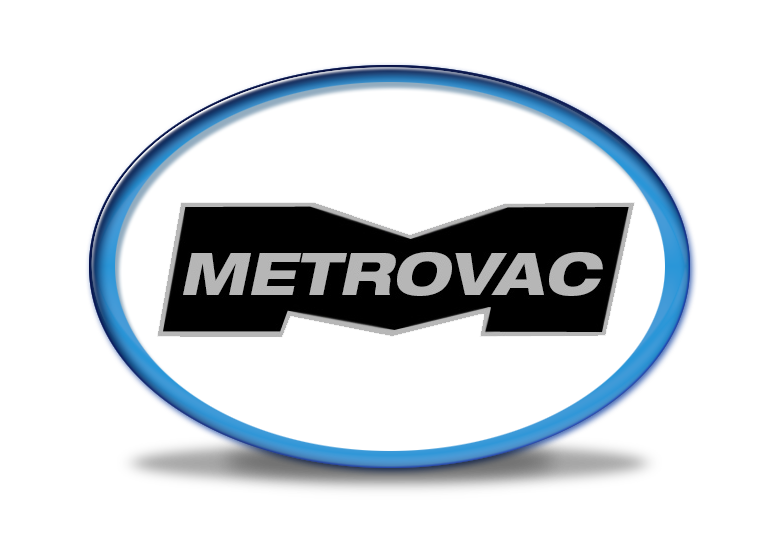 In December of 1939, Hyman Gulker pawned his pocket watch and gave $50 to his son-in-law Israel and daughter Pearl Stern. That was the beginning of Metropolitan Vacuum Cleaner Company; that was the beginning of our AMERICAN DREAM. Prior to starting METRO, Israel worked for a number of major floor care companies, selling vacuum cleaners door to door. He was such a great salesman, the president of the last company he worked for offered him $100 to come back to work for him. Israel’s wife Pearl, said “nothing doing, we’re on our own now!”

Since 1939, the Metropolitan Vacuum Cleaner Co., Inc. has evolved into a multidivisional corporation. From a small retail store front in the Bronx, NY, rebuilding and selling vacuum cleaners. Metro is now a diversified multi-unit, manufacturing facility, producing amongst other products; Data-Vac Computer Cleaning Systems to Air Force Dog Dryers.

The early years for Metropolitan were solely devoted to vacuum cleaners. Metro was totally involved in the distribution and retailing of vacuum cleaners. During the period of years, from 1946 through 1949, the main core of Metro's business was the reconditioning and sale of vacuum cleaners to retail specialty stores, 5 & Dime and mail order houses.

In 1951 Jules Stern, son of Israel and Pearl, joined the business on a full-time basis. Between 1957 and 1970 Metro introduced three innovative industry "firsts": In 1957, a popularly priced, 110-volt handheld vacuum cleaner. In 1964 the first 12-volt automotive hand-held vacuum cleaner that plugged into the cigarette lighter outlet of cars. With the introduction of these two overwhelmingly successful products, demand outstripped production capabilities and a move to larger quarters was necessary. In 1968 Metro moved into its own 32,000 square foot building in Suffern, NY. In 1970 Metro introduced another industry first, the Metro Duo-Volt, the world's first and still only dual voltage (110V-12V) hand held vacuum cleaner, designed to work in the home and in the car. In 1974, Kenneth Stern, the eldest son of Jules, joined Metro, adding a third generation of Sterns to the family business. Through the seventies and into the eighties Metro introduced many different models of vacuum cleaners from compact powerful canisters to full size vacuum cleaners. It was during this time that Metro introduced DATAVAC.

In the eighties, Metro aggressively began to diversify into new and different industries. David Stern, Jules' youngest son, entered the company on a full-time basis in 1984. David spearheaded the introduction of AIR FORCE pet dryers. By January of 1989, Metro's Air Force Pet Grooming Dryer Division, was catapulted to the top of the pet dryer industry and now has distribution throughout the world. Under the keen eyes of Jules, President, Kenneth, Vice-President of National Sales and David, Vice-President of Marketing, many new and different markets have been opened for Metro products.

2001 proved to be extraordinary for Metro for a number of reasons, Continuous growth of the Data Vac division, Metro's Magic Air Division which markets high volume pumps and inflator/deflators to the marine, camping and sporting goods industries. Magic Air pumps are also used to inflate emergency inflatable shelters for medical and decontamination purposes. Metro is concentrating on expanding all of these diverse product categories with the introduction of new products in each of their divisions.

From 2002 through 2007 we continued to expand our presence, product lines and market penetration into the various markets we serve. As the rest of the world economies expanded so did we.

Additionally, in 2008, we entered the automotive industry with a full line of car vacuum cleaners from the Metropolitan 500 (500-watt hand held) to the JUMBO VAC N BLO wall mounted garage vacuum cleaner. We also introduced a line of car dryers which will completely dry an entire full-size car in 15 minutes when the MASTER BLASTER is used. Both product lines are targeting detailers and the automotive enthusiast worldwide. Also, Bob Stevenson joined our company as General Manager.

2009 marked our 70th year anniversary in business which is a major milestone in this day and age. About 70 per cent of family businesses never make it to the second generation, according to a recent Grant Thornton research study. A stunning 90 per cent of family companies go bust before a third generation can take over the management of the firm. So, with three generations of Stern management we are bucking the trend, manufacturing products in the USA and continuing to grow.

April 2013 Metro moved into its new 60,000 square foot manufacturing facility in Oakland, NJ. All of our employees came along with us.

January 2018 the Metropolitan Vacuum Cleaner Co., Inc., now MetroVac, enters into its 79th year adding employees to its manufacturing force, focusing on developing new products, adding to its management team and preparing for the future.

“Each and every day, I’m so very proud of what we have accomplished over the last 78 years”, explained Jules, President and CEO. “It is very gratifying to produce quality products right here in the USA that actually work and are durable. We will continue to innovate and introduce new products into the markets we serve and carry on the tradition that my parents (Israel and Pearl) started in 1939!”